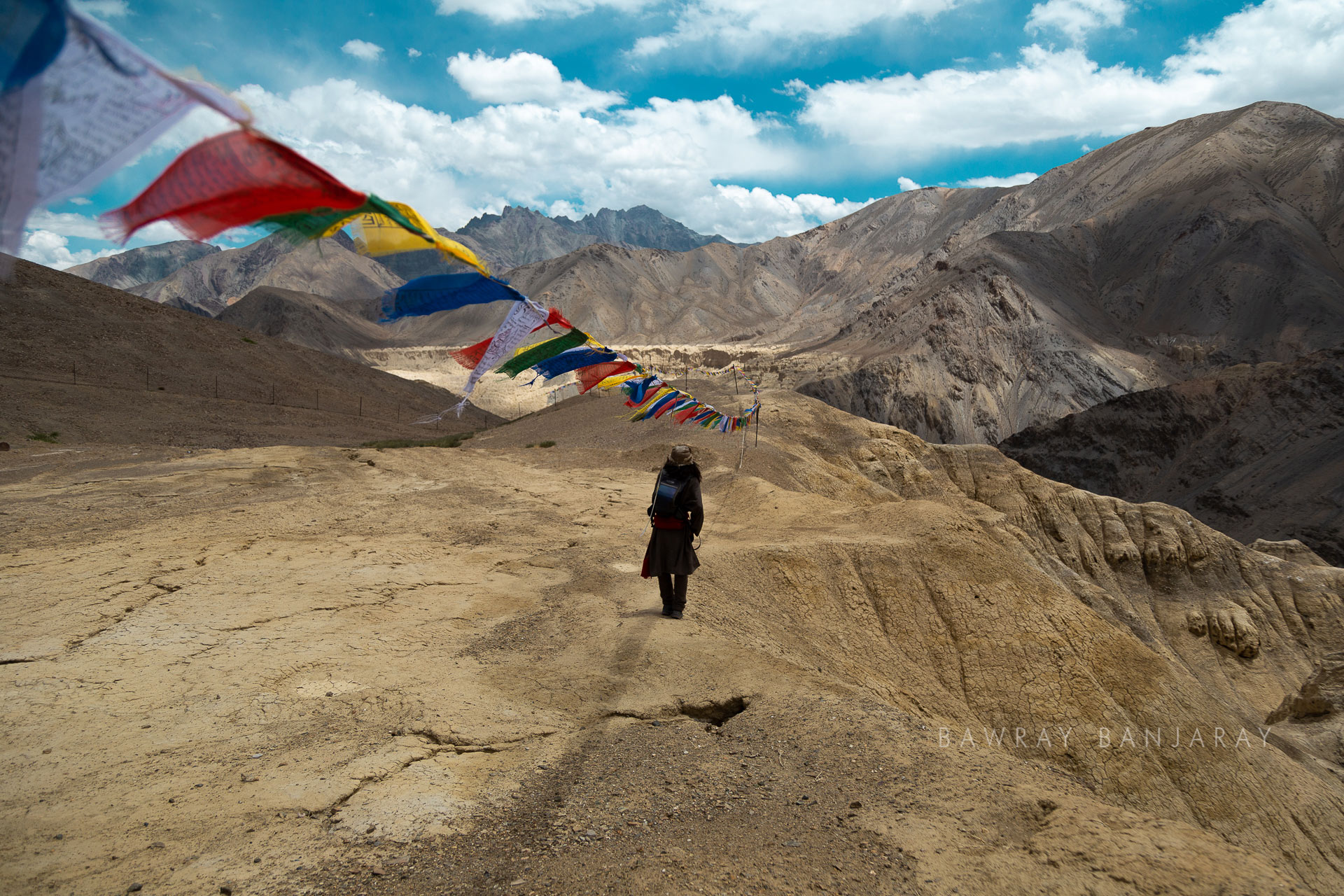 Reams and reams do they tell you about the thrilling road trips and bike rides to Ladakh and how life-changing these experiences are apparently but if one were to take a closer and rather slower look, there is much more to explore, learn and assimilate in Ladakh. Trekking in Ladakh had been an everlasting aspiration up until 2013. We walked Ladakh in and out sans speed and without any days to count. But to be able to walk it through, it took us different and several trips to Ladakh and yet we are not even halfway through. We were able to see it from the Stok Kangri Summit and we still long to explore it from within – the Zanskar trek is waiting. From Markha valley Trek to the infamous Chadar Trek, we would certainly bet on Ladakh being one of the best trekking destinations of India. We thought about sharing some of the best treks in Ladakh that you could pick up to explore and really understand why ‘it’ is what ‘it’ is!

Most Popular Treks in Ladakh

Most of the Ladakh region is still unexplored due to its strategic location on the Indo-Chinese border, yet there are plenty of treks in Ladakh which are frequented by trekkers from all around the world. In our experiences, we have seen that the non-Indian trekkers and travelers have seen Ladakh better than most of us Indians who claim to have traveled to Ladakh as most of their lot choose to walk or trek it through. With the political changes happening around, traveling to Ladakh is going to be more convenient. Here is a list that we have pulled out. You may read through:

With the mercury dropping down below freezing point during winters, the Zanskar River turns into a sheet of snow. Apparently, this offers the best opportunities to trek on a frozen river. Well claimed as the most popular trek in Ladakh, Chadar Trek is called as the gateway to the world of icy wonders. From what we have heard and gathered, the wilderness of Zanskar would be a true revelation to explore through. While we were in Chilling Village of the Zanskar Valley, the locals had enough stories to tease the explorer in us. Well, ‘it’ is the fact – for its people, the Chadar Trek is the only connection of the people of the Zanskar valley to the outer world when things go subzero. People walk all the way from Padum in Zanskar to Chilling village in Ladakh Valley. From the stories on the internet, there are two popular choices for trekkers – reaching Padum, the heart of Zanskar that takes 14 days or going halfway till Nerak that takes 7 days. We remember Chadar Trek termed as one of the wildest treks of the world in some Nat Geo Article, can’t find the article now.

Stok Kangri trek in Ladakh is one heck of it and we can tell you of this from experience. The view from the summit of Stok Kangri is something that dreams of fancies are made of and the experience that we had was about seeing death up close. Without a doubt, it was the most disturbing one at the moment but when we look back at it, it sent us back better and empowered in the long run. To the south at the summit, you would see the Zanskar and the Great Himalayan range and in the west lies the giant twins of Nun Kun. The east side is dominated by the expansion of Ladakh range with Khardung La – one of the highest motorable passes in the world. The extreme north horizon would appear to reach beyond the Karakorum.

3. Snow Leopard Trek: Home to The Most Elusive Cat of Himalaya

Ain’t it an ultimate dream for the trekking enthusiasts? So, the high altitude cold deserts of Ladakh are home to various elusive wildlife. In the valleys of Markha and Rumbak, the famous Snow Leopard trek covers the Hemis National park. Snow Leopard Trek is certainly one of the best treks in Ladakh not only for the chance of spotting the rare and endangered species of wildlife but also for those who seek adventure and some serious adrenaline kick. Hemis National Park is the largest national park in India and is the second-largest contiguous protected area, after the Nanda Devi Biosphere Reserve. Hemis National Park is home to various conserved and endangered species. The total area of the Hemis National Park is covered under the Palearctic Ecozone. Apart from the considerable population of the endangered pard, Himalayan Ibex, Ladakhi Urial, Marmot, Tibetan Hare, and Antelope, are some of the animals that thrive in this ecozone.

The best trek for beginners in Ladakh, Markha valley is famous as “TeaHouse Trek” as there are several tea houses and parachute tents in different villages of the valley. Markha Valley trek offers magnificent views of Zanskar and Ladakh ranges along with Kang Yatse and Stok Kangri which dominates the skyline for most of the trek. Apart from villages, Kongmaru La pass is one of the highlights of Markha valley trek. It is an incredibly scenic place located at an altitude of almost 5,000m. Spitok and Chilling villages are two starting points for Markha valley trek.

7. Lamayuru to Darcha Trek: One The Best Treks of Ladakh

If one wishes to see Ladakhi culture, spirituality, and grandeur of landscapes of Ladakh then Lamayuru to Darcha Trek is the best trek in the Ladakh region. The trail goes from Lamayuru in Ladakh all the way to Darcha in Himachal Pradesh. Highlights of this long trek are the monasteries of Ladakh, Zanskar and Lahaul Valley of Himachal Pradesh. Some of the monasteries are Lamayuru, Phugtal Monastery and Lingshet village.

A trek that gives in and out glimpses of the lifestyle of people of Indo-Tibetan descendent. The most significant attraction of this trek is the Lamayuru monastery, Prinkti La pass, and Alchi monastery. This gives a chance to explore the rich history of the region through the walls of the ancient monasteries of Ladakh as well as the scriptoriums. The trail passes through some of the most isolated villages of Ladakh such as Ursi and mang-Gyu. The steep ascent to tar La pass at 5,200m is the most difficult part of Lamayuru to Alchi trek.

Jhuglam Hemis to Padum trek is one of the most enthralling treks of Ladakh region. The trek passes through Markha Valley, Zangla Village, and Zanskar Valley, showcasing some of the most beautiful landscapes of Ladakh. Along with the renowned Hemis monastery, Jhunglam Hemis to Padum Trek gives a chance to see the beautiful villages of Hemis National Park, Chokdo and Chuskurmo. Due to several river crossings and frequent changes in altitude makes this trek not so easy but all the hardships and efforts are worth experiencing.

Fascinating views of horizons filled with peaks of the Great Himalayan Range and Zanskar on one side and on the other we have The Karakoram and then we have the beautiful villages and trails of Markha Valley. This all is in one trek which starts from Lamayuru and ends at the summit of Stok Kangri. The best thing about Stok Kangri Trek is that it can be undertaken by both amateurs and experts alike. The Markha valley to Stok Kangri Trek passes through some parts of Hemis National Park which enables us to spot some wildlife of Himalaya.

Starting from Padum, Capital of Zanskar valley and going to Darcha in Lahaul valley in Himachal Pradesh, Padum to Darcha trek is certainly the best trek of entire Ladakh region. The trek is quite famous, especially among Europeans. The most famous trek of Ladakh crosses over Shingo La pass at 16,568fts, which is also the steepest part of the trek.

Rules and Permissions for Trekking in Ladakh

KNOW IT ALL ABOUT THE PERMIT SYSTEM IN LADAKH

Before we go out wandering in the wilderness of Ladakh, There are some rules and regulations which must be known. Trekking in Northern parts of Ladakh as such Nubra valley requires an inner line permit for everybody, the same ILP is required for Chamthanh plateau and Tso Moriri area. This permit can be obtained for DC office or a travel agent can get it for you at a minimum fee of 100-200 INR. Stok Kangri Trek requires to obtain a permit for Indian Mountaineering Foundation(IMF). Permit for Stok Kangri trek costs 2000 rupees, the office of IMF is located near Changspa road in Leh. Trekking in Hemis park also requires a permit that can be obtained at the entry point and it cost 20 rupees per day for Indian and around 100 rupees for Non-Indians.

Where to start from for treks in Ladakh

Most of the treks in the Ladakh region start from Leh or villages which are easily reachable from Leh. Reach Leh via air or road and then take a taxi for the starting point of the trek. The popular trek trails of Ladakh are frozen river trek, Snow Leopard Trek, Markha Valley trek, Stok Kangri trek, Lamayuru Alchi trek, Nubra Valley Trek, Sham Valley trek.

Tips for Trekking in Ladakh 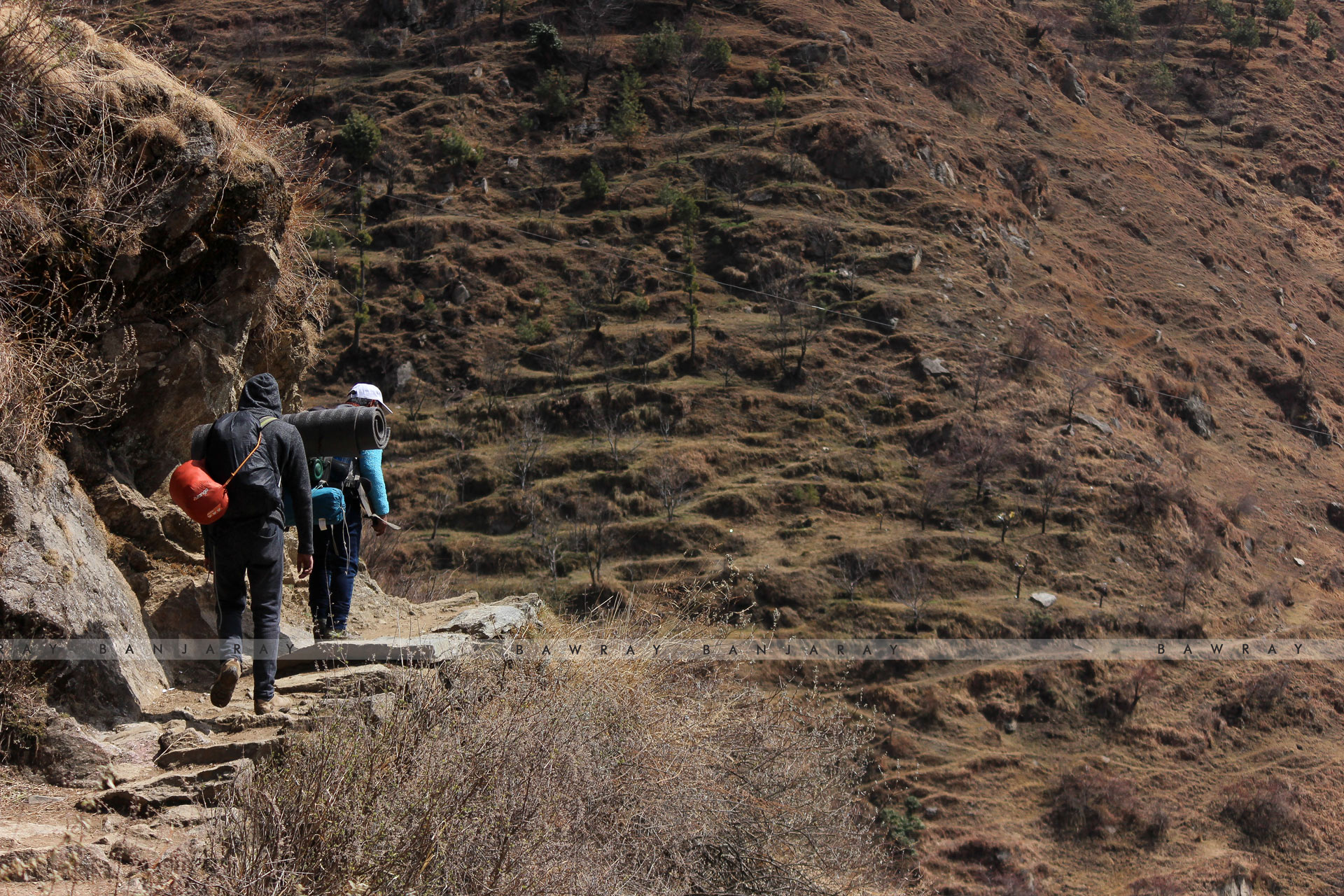 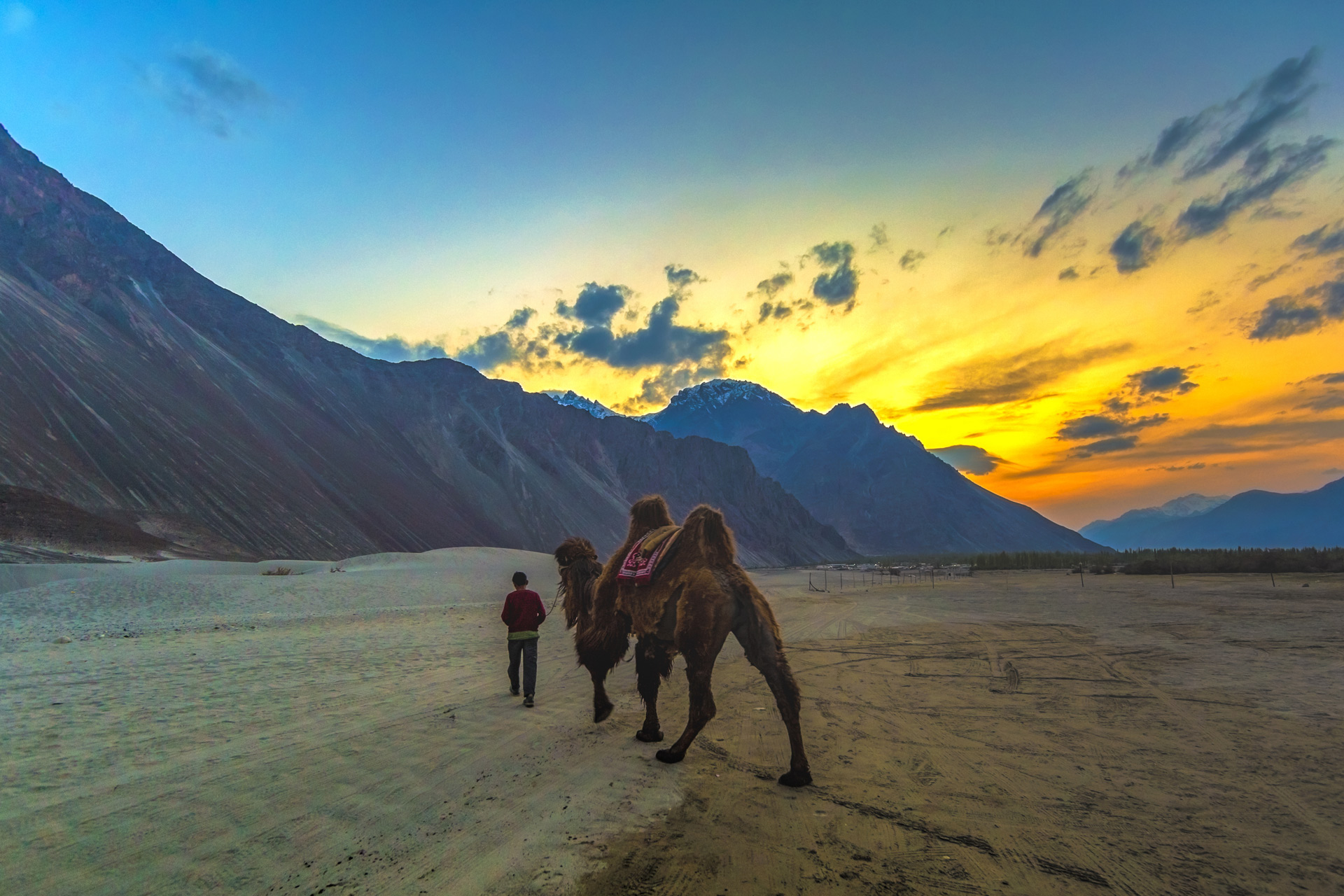 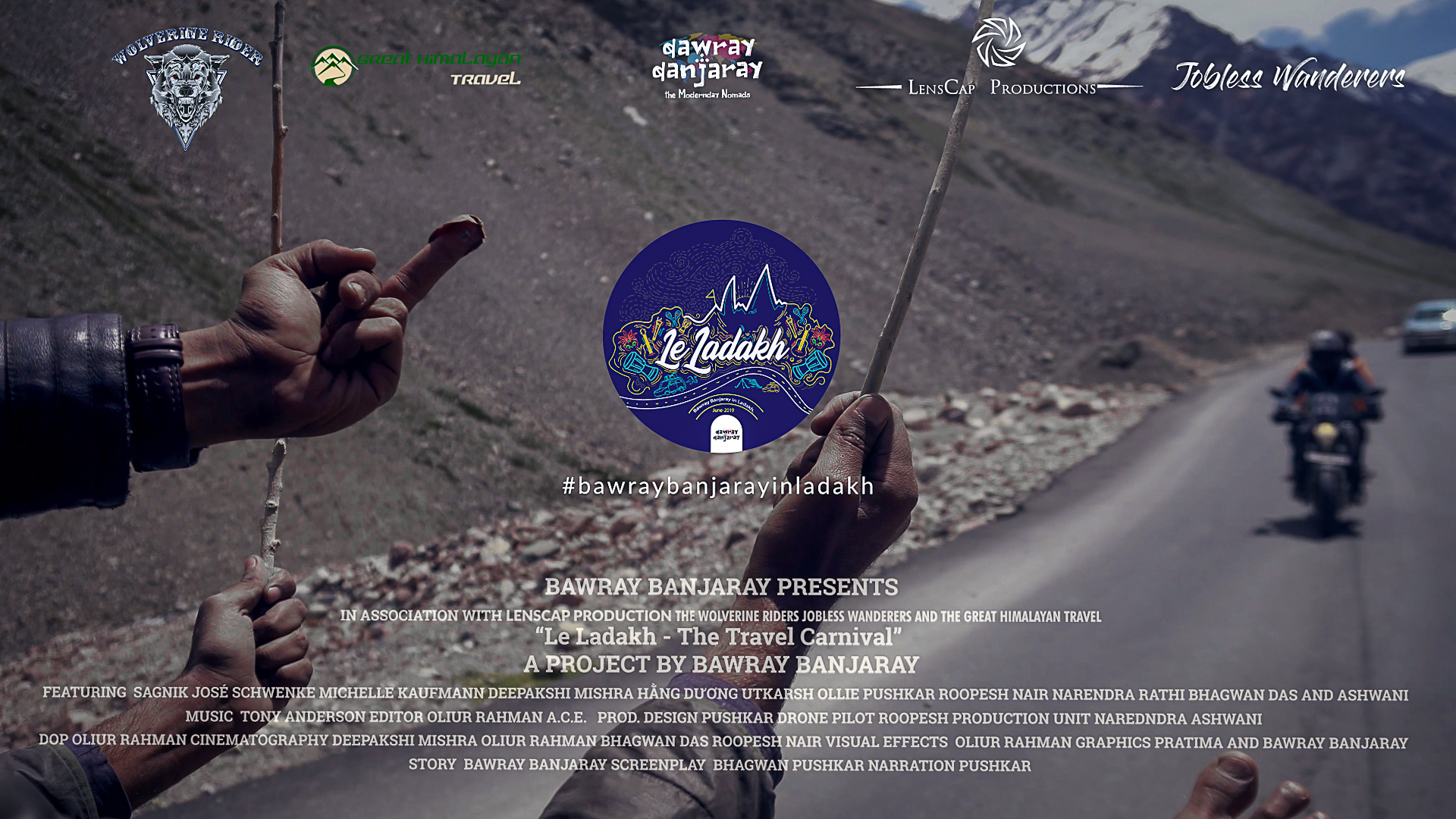 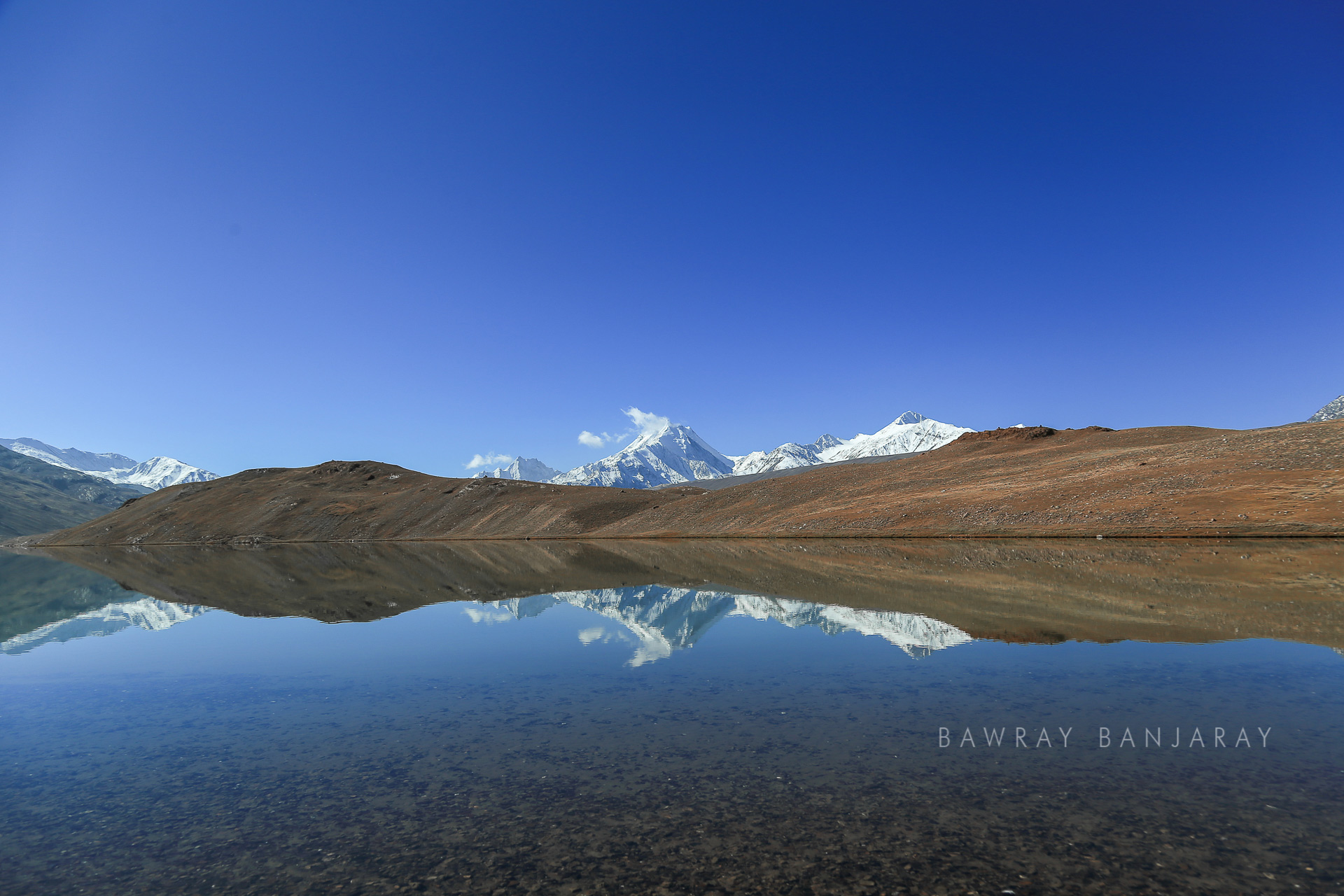