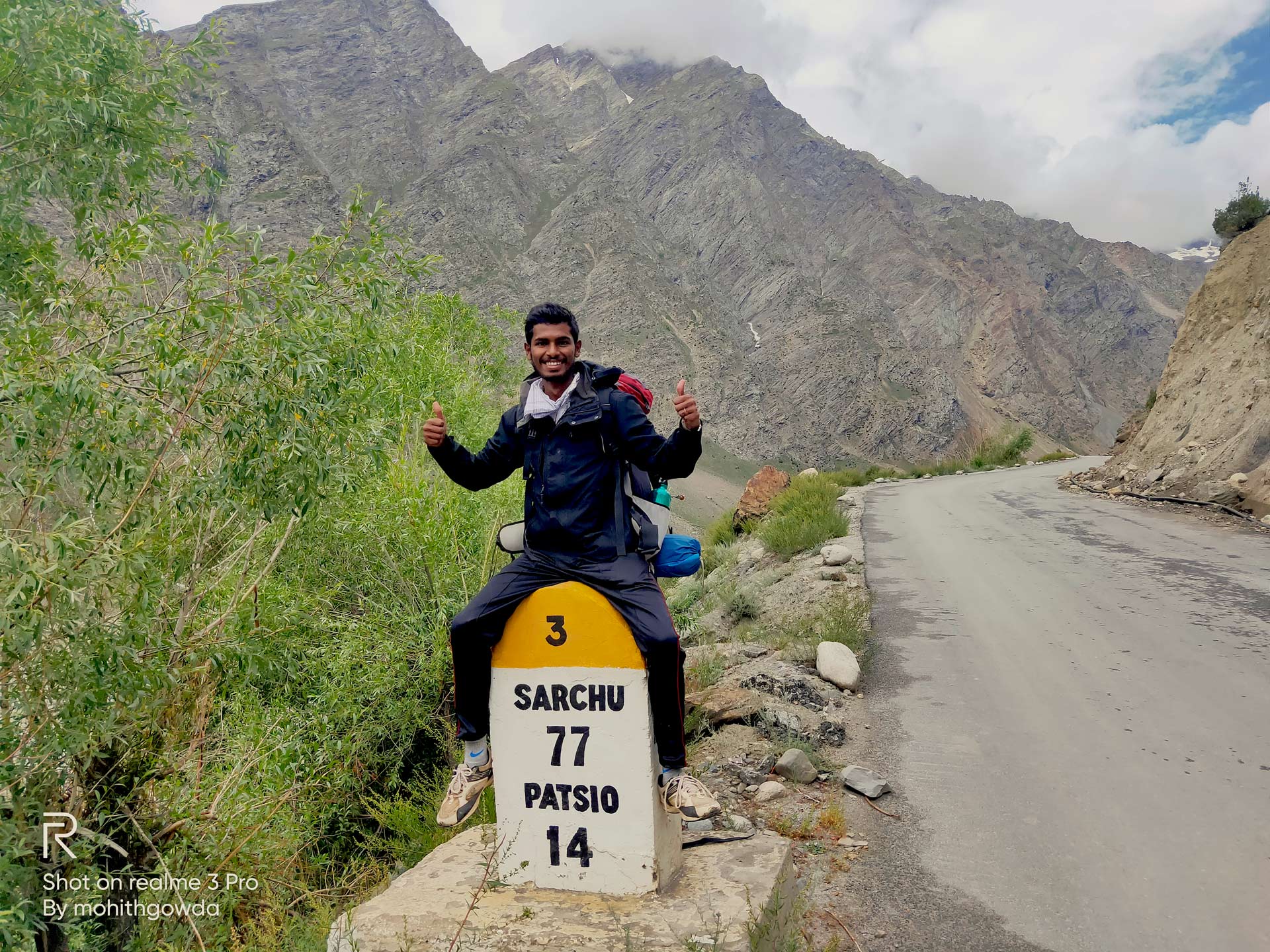 Mohith Gowda, a 22-year-old Engineering student from Bangalore who is yet to graduate, has recently walked from Manali to Khardung La In 12 Days. It took him 11 hours to make it to the pass from Leh. With a twisted ankle (twisted time and again during the course) and some 13 kilos on his back, Mohith walked through some of the most treacherous trails and treks to finish what he started.

Bawray Banjaray: Congratulations on your feat! How is it going? After the walk?
Mohith: Thanks! You know – there is peace, the one that I have brought back from the mountains. It sits inside, in my heart, in the brain – in the form of satisfaction.

Bawray Banjaray: You made it in a day – from Sarchu to Whisky Nala? For how many hours did you walk on this day – Sarchu to Pang?
Mohith: From Whiskey Nala, I walked to Pang. Morning at 7, I left Whiskey Nala and reached Pang around 2:30 pm.

CHECK OUT OUR STORY ON CHACHA CHACHI OF BATAL

Bawray Banjaray: How was the cricket match at Zing Zing Bar?
Mohith: 9th ball caught out! 😂 I played cricket even in Sissu village and Leh market. They were already playing and I joined them. But in Sissu village I made some friends and called them to play cricket in the government school ground.

Bawray Banjaray: How much weight were you carrying?
Mohith: 11-13 kg, it was. I had 2 bags, in the front bag I had a sleeping bag and slipper chocolates, biscuits, while in my trek bag I had a tent, 2 water bottles, power banks, clothes, headlamps, nutrition powder, glass, plate, 4 books, and small things.

CAMPING IN SHOHRA – A SECRET PLACE TO CAMP IN MEGHALAY

Bawray Banjaray: And any injuries?
Mohith: Don’t even get me started. Seven times! At least thrice while on a shortcut to Koksar and then, once each while going from Gata loops to Whiskey Nala, Whiskey Nala to Lachung la, Pang to Debring and Leh to Khardung La. How painful a twisted ankle can be in such cold, ask me!

Bawray Banjaray: So how did you manage?
Mohith: I kept pushing myself in that pain. At night, the cold worsened the pain. But when you look back at it, there is this satisfaction of overcoming those challenges and situations that scared me. There are lessons that I am still trying to decode. So, yeah! I come back rich – with stories, experiences and more importantly, self-satisfaction. After all, what else do you need?

Bawray Banjaray: What kind of lessons?
Mohith: For me, fearing something is our inability to handle our emotions. And there are always lessons to learn – lessons that would define the future course of your being. Like on this walking expedition from Manali to Khardung La, I learnt how to push myself even when I could not lift my legs to walk. Connecting myself with the mountains, I realised that you don’t really need to challenge those fears or problems, you’ve got to accept them as they come. There is something inside us—infinite energy that can push us towards overcoming those challenges, fears, and weaknesses.

CHECK OUT THE BAWRAY BANJARAY TRAVELOGUE ON SRIKHAND MAHADEV YATRA

Bawray Banjaray: But, you see, people would ask, what is the need for it? Someone like you can easily have a life full of all sorts of comforts, then why choose this?
Mohith: According to me, finding comfort everywhere we go is somewhat like a mental illness. We should come out of our comfort zones and discover our true potential. After all, what is life? Isn’t it about knowing and exploring yourself, first and foremost? So, how have you lived if you haven’t cared enough about knowing your limits and potential!

Bawray Banjaray: Let’s talk about how you planned it?
Mohith: The Ladakh-on-foot plan — I had been on my mind for 2 years

Bawray Banjaray: 2 YEARS?!
Mohith: Yes! Back then, everyone around me was talking about the bike ride from Manali to Khardung La. I thought of doing something different. Don’t laugh at me but you know, 2 years ago, I had thought that I would be the first one to do this. But when I researched, I found that around 10-15 people had done this already.  I noticed that everyone had walked from Manali to Leh. So, I thought of walking till Khardung la – the world’s highest motorable road.

Bawray Banjaray: So it took you 2 years to prepare?
Mohith: No, not to prepare. I made a plan to walk last year. I booked a train ticket also but because of circumstances, I had to cancel the trip. But this year, I finally did it and now I think I have developed an addiction for walking in the Himalaya. I have even wilder plans for the future, this is nothing. This is like, the basic level. Next year, I’m planning to walk from Manali to Khardung la in just 7 days.

Bawray Banjaray: How was it at the top, Khardung la, after walking all this while?
Mohith: I was excited to complete my walk on the last day. I had started my walk in the rain and ended in snowfall.

Bawray Banjaray: Tell us about your “Me and the mountains” moments? How were they like? Is it something that you would want to call spiritual?
Mohith: For me, those moments are about my belongingness to nature and the purity of existence. When I started to walk, I did it with a namaskara to the mountains and prayed. But, it’s not spiritual. I realised that this human body is nothing but a speck of dust in front of these mountains. It’s just like connecting with the mountains to know our true nature, our true foundations. And what kind of a human being you are if you have never longed to find your true foundations – your real identity, for yourself!

Bawray Banjaray: How well did the short cuts treat you?
Mohith: Yes. I took shortcuts while walking, but they are not easy. They would exhaust you to a point where you can’t even lift your legs. The shortcuts I took saved distance but not time. I ended up twisting my legs several times. While going to Rohtang Pass, I saved around 5 KM. But it was slippery. By taking short cut routes you can cut down 40-50 KM.

Bawray Banjaray: How did you manage food and water?
Mohith: For food, there is no problem on the Manali-Leh highway. And there will be flowing water somewhere on the trails or roads. If the water was dirty, I was using purification tablets.

Bawray Banjaray: Did you get any help from any of the Facebook travel groups?
Mohith: Yes, I did! For planning the trip, one Facebook friend helped. His name is Izhaar Mohammad. He gave me some rough ideas about where I could stay. Izhaar Mohammad Sir is a real traveler. And I had a cycle race with Ajay Kadam — cyclist from Bangalore on the second day.

Bawray Banjaray: Tell us more about yourself. What do you do in your daily life?
Mohith: I just completed my graduation last month. As of now, I’m planning to work.

Bawray Banjaray: Do you want to be an engineer?
Mohith: I’m planning to do some business in the next 2 months. I will decide.

Bawray Banjaray: How do you fund your trips — obvious question, as you have just graduated!
Mohith: For 20 days, my total budget was only 7500. You see, it’s about how badly you want to do something. Funds and resources sort themselves out. You’ve got to believe in your idea. Eventually, family, friends, and society would chip in to support you – not only in terms of money but the emotional support and motivation, too.

It was interesting to see how the new generation in India has attached itself so delicately with the philosophy of travel and the perks it brings. Mohith is one among many Indian taking up traveling as a means for self-discovery and awareness. Are you one of them? Do you happen to know anyone who we should know about and share with the world? Let us know in the comments! 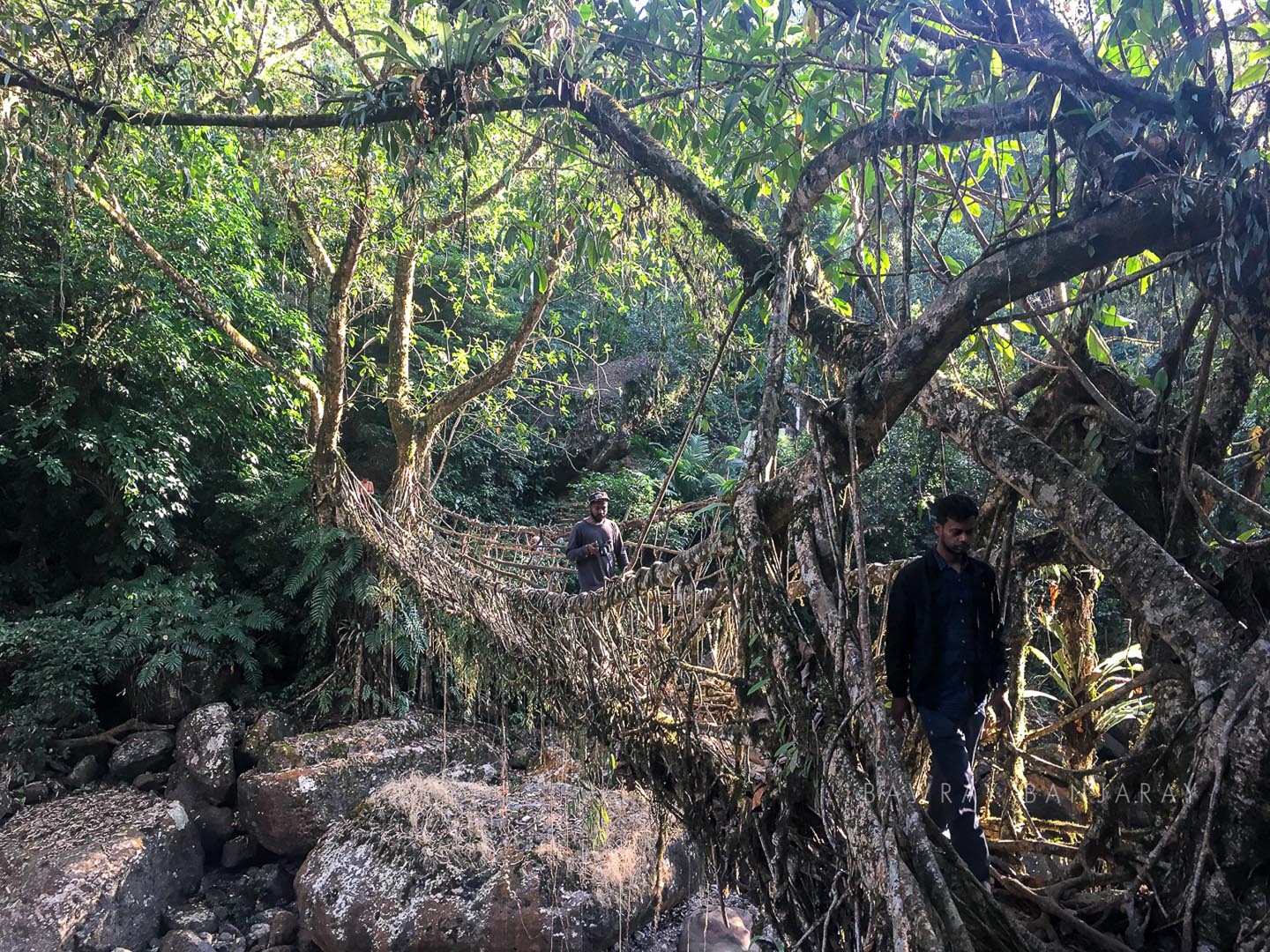 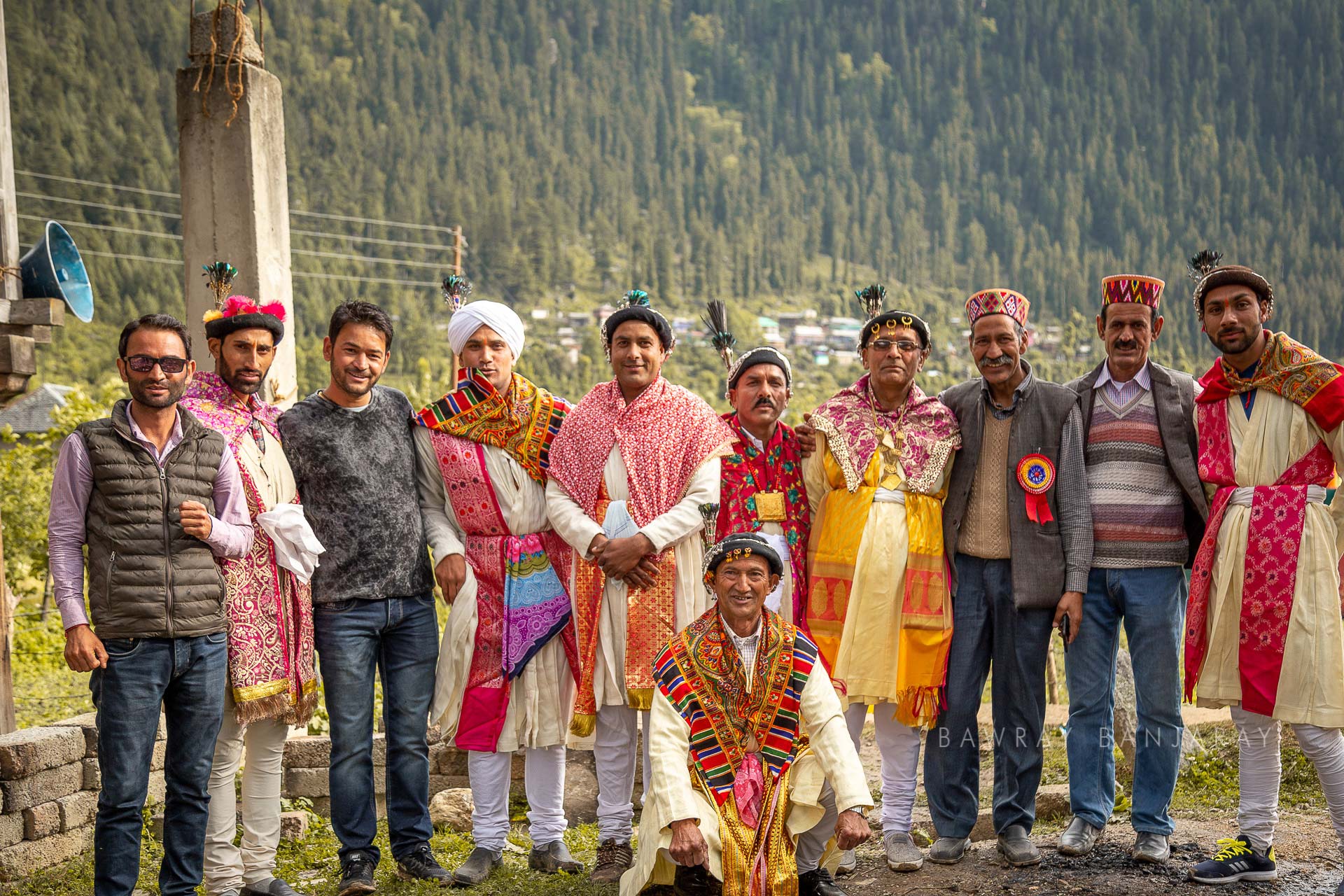 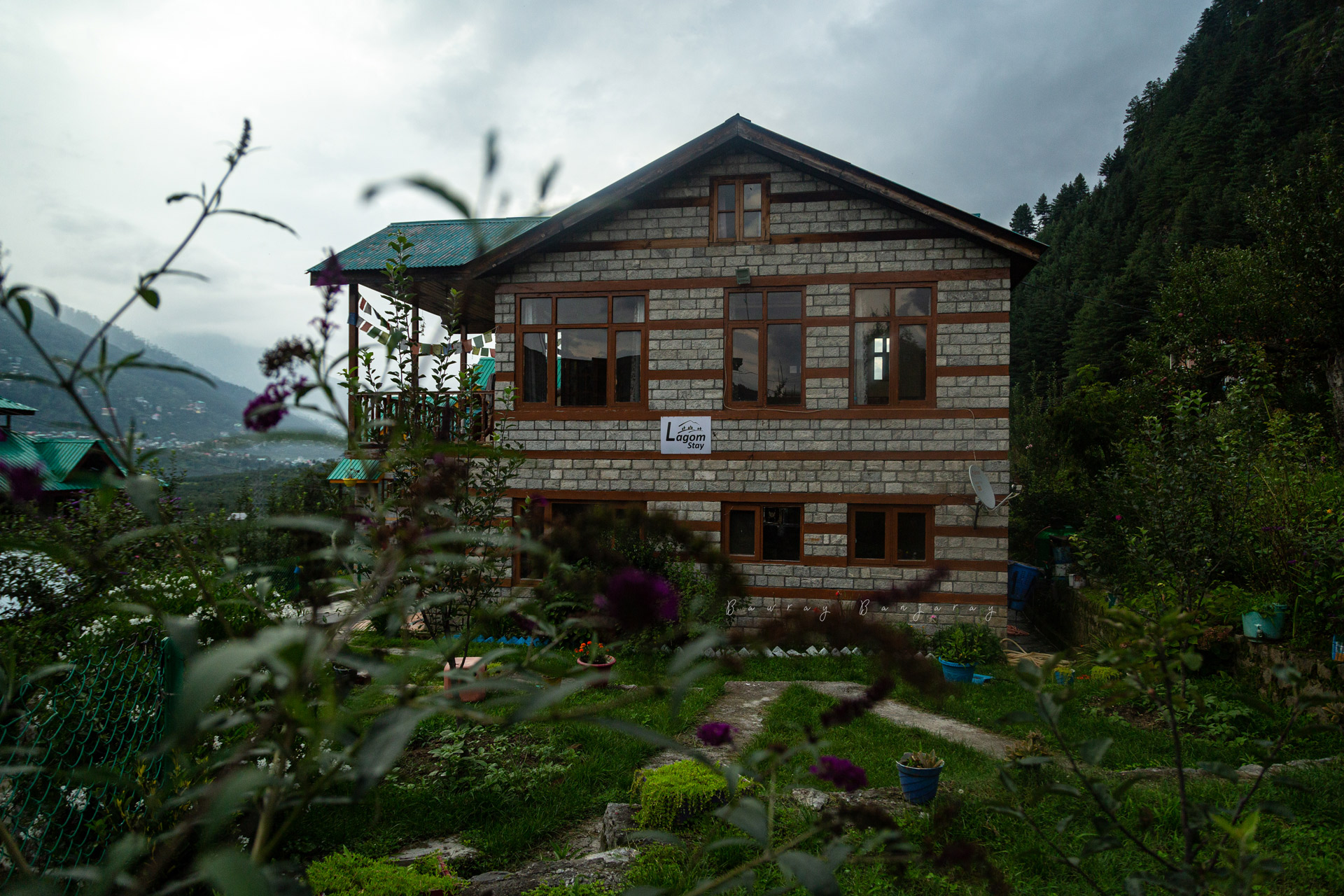 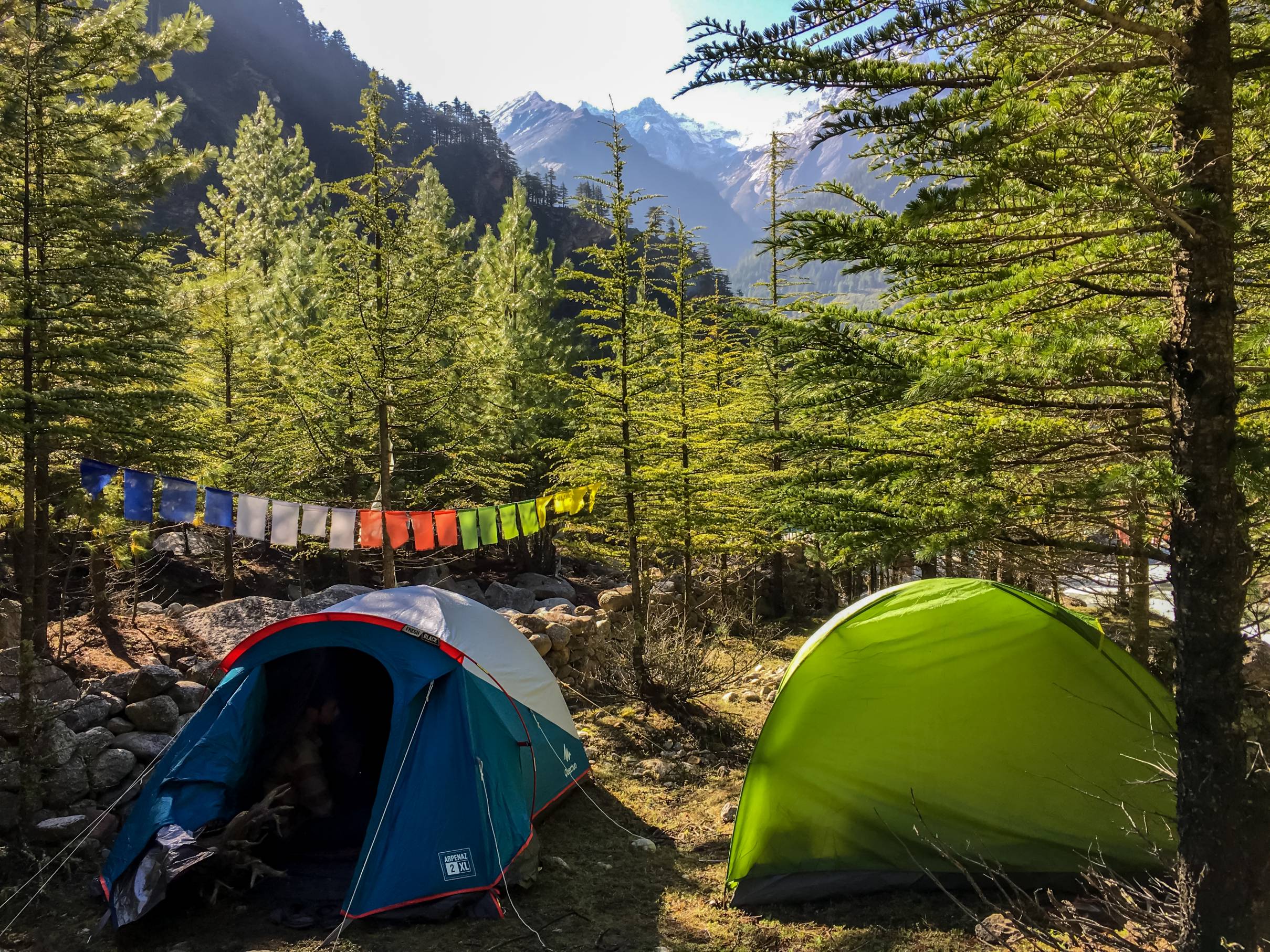