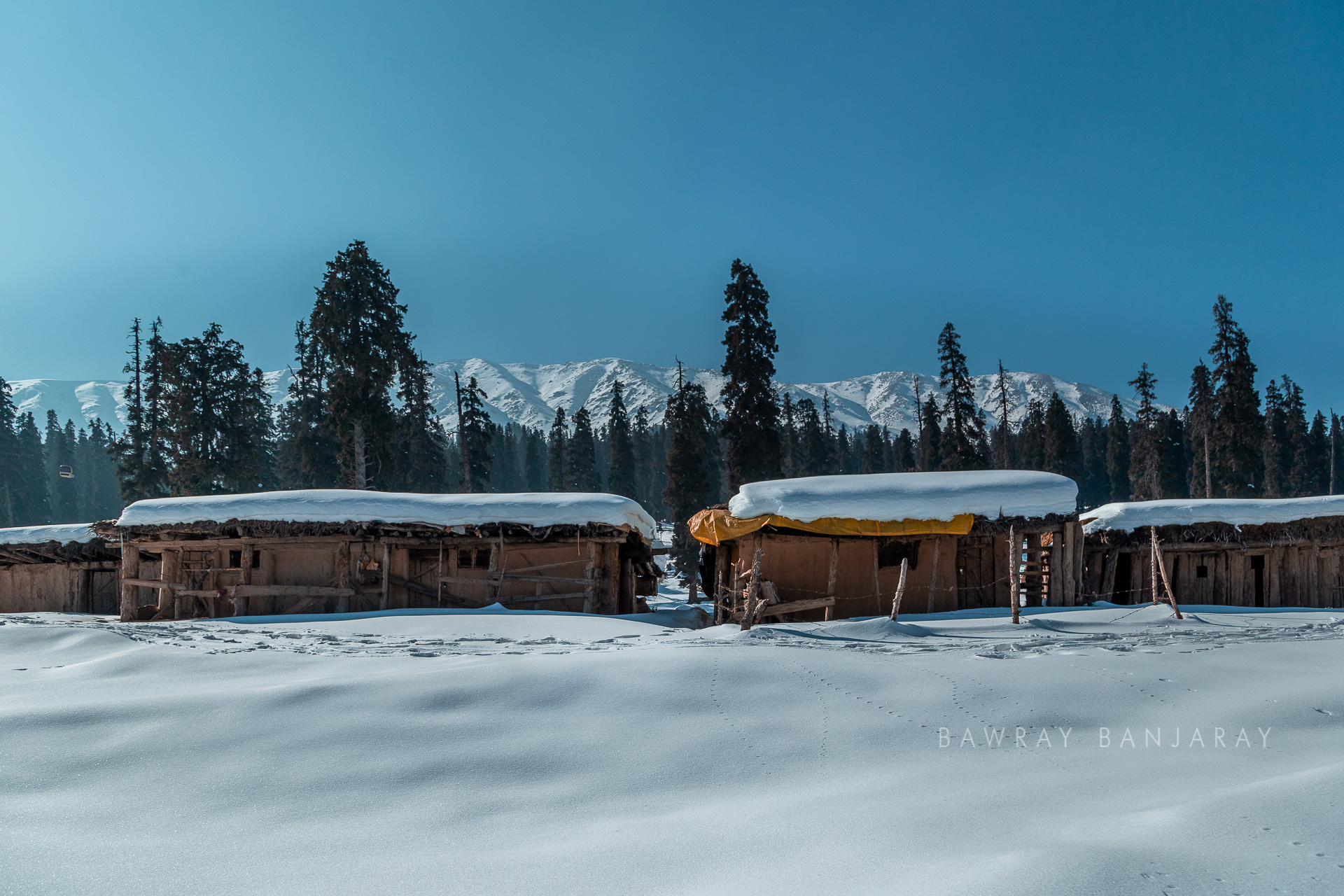 Gulmarg was definitely one of the most sought after destination on our year-end winter Kashmir Expedition in 2018. With all the name and fame about this winter wonderland, we were all set to explore Gulmarg, not to forget the mention of the world’s highest gondola ride. But for our kind of experience, we thought of ditching the cable car ride and took one of the most enriching hikes through the snowy serenity of Gulmarg to the top – where the cable car ends. Crushing the snow under our feet to walk and leaving new trails behind is a different feeling – kind of makes you feel the pioneer. So we reached the top to witness serendipity of a tableland with postcard size huts draped with snow blanket over them. You feel like traveling back in time with all the stillness around. But, again we decided to turn the tables and infused some live renditions by Aabid Pasha accompanied by Ritu Thakur and Shahnawaz Kawsor. The music soared high with every strum on the guitar and what a morning it could be – birds fluttered around, wind danced to the strums and trees felt pampered. We thanked the nature for all – for mountains, for the Himalayas, for snow, for birds, for trees, for wind, for music, for ourselves – for almost everything that we could. Before we left, we did gather all the info we could about Gulmarg. Here, take a look at things to know about Gulmarg in this Gulmarg Guide before heading up to this snow resort town in Kashmir Valley:

One of the best hill stations of India, Gulmarg is one of the most visited places in Kashmir valley. Kashmir Valley may be not considered among the safest places to travel but Gulmarg enjoys its distance from this phobia of terrorism. Originally known as Gauri Marg meaning the way of Devi, it got changed to Gulmarg in 16th century by Sultan Yusuf Shah who visited Gulmarg frequently with his Queen Habba Khatoon. Gulmarg translates to Meadow of Flower and rightly so, Gulmarg is home to many of the varieties of wild mountain flowers. This cup-shaped valley in Pir Panjal Range of Himalaya is among Asia’s best skiing destinations.

In the Pir Panjal Range of Western Himalaya, Gulmarg is situated at an altitude of 2,650 meters and is 51 km from Srinagar. Overlooked by Mt Apharwat, Gulmarg is in Baramulla region.

Why Should You Visit Gulmarg?

Gulmarg has something for everyone in every season. From the cable car ride which is the second-highest Gondola in the world to Apharwat Peak and Alpather Lake Trek – a list of things to do in Gulmarg is full of several other adventures and sports activities. In winter, Gulmarg changes from lush green to serene white and with it comes the perfect powder snow. The Ski resort of Gulmarg is one of the best skiing resorts in the world. Gulmarg can be the best place to experience the first snowfall. Besides the adventure activities, there are plenty of ancient and religious sights around Gulmarg.

Hearing the word Kashmir Valley can bring a phobia along with it. Is it safe to visit Gulmarg and Kashmir valley? A simple answer to this question is YES. Gulmarg is populated all throughout the year with tourists from all over the world. Gulmarg is not affected by terrorism or for that matter any form of troubles for tourism in the Valley.

How to Reach Gulmarg?

Gulmarg is located about 60 km from Srinagar. To reach Gulmarg, one has to reach Srinagar first. Srinagar airport is very well connected with major cities of India. From Jammu, one can choose either Jammu Srinagar Highway or the Mughal road via Shopian. From Srinagar, there is this pleasant short drive of around 2 to 3 hours towards Gulmarg via Tangmarg.

Srinagar – Magam – Tangmarg – Gulmarg
The Srinagar to Tangmarg drive is mostly on good and flat roads. After Tangmarg the ascent starts and the road is pretty good for this 60 km smooth ride.

Nearest Railway Station to Gulmarg
Srinagar railway station is the nearest railway line to Gulmarg. Problem is that it is not yet fully operational and well connected.

Note: The airport shuts down its operations post 5 pm.

How to reach Gulmarg in Winter

Reaching Gulmarg in winter can be a once in a lifetime experience as everything in  Gulmarg gets buried under several feet of snow and so does the road leading here. It is almost impossible for a normal car to reach Gulmarg in peak winters. Only 4×4 vehicles ply on this route and that too with snow chains. It is recommended to take a cab for Tangmarg from Srinagar and then hire a  4×4 vehicle from Tangmarg to Gulmarg. A 4×4 cab with snow chains from Tangmarg costs about INR 700 to INR 800.

In Gulmarg, the average temperature ranges between 13 °C and 29 °C, thus making it an ideal retreat to escape the heat of the plains. For the elevation of 2,690 meters,  Gulmarg receives a lot of snowfall in winter which is long and cold. Winter chill starts settling in with October and mercury drops quickly yet gradually. After mid-December, it can be snowing any time in Gulmarg, but around mid of January is when the snow starts to stick to the ground. Post-January, Gulmarg is under deep powder snow – thus making it one of the best skiing resorts in India.
Summers in Gulmarg are pleasant mostly, yet temperatures can reach up to 37 degrees at times. With the advent of monsoon, Gulmarg turns into a lush green carpet. It does not rain heavily in Gulmarg, though.

DO CHECK OUT: BAWRAY BANJARAY GUIDE TO VILLAGES OF SPITI VALLEY

If snow is what you seek then February will be the best time to visit Gulmarg. Spring season starts by late March and the months of April and May are great to drop by with family around. Noteworthy is the fact that it tends to get a bit crowded here during this time. For photography enthusiasts, February, August, and September are the best. For someone looking for green valleys all around, July, August and early September work well.
If you are looking for some solitude and want to get away from the crowd, then August will suit you the best. You must then avoid being here between April till June.

Not just for Gulmarg but anywhere in Himalaya, it is always recommended to pack your warmest clothes. Try packing in layers so that you can increase or decrease with the temperature. Woolen socks, thermal inner wears, mufflers, woolen and waterproof gloves, waterproof shoes, windcheater are mandatory for Gulmarg. Do add some more woolen and heavy clothes for winters in Gulmarg.

Places to see in Gulmarg

Things to do in Gulmarg

Reach Apharwat peak and see the horizon laden with snow-capped mountains of Pir Panjal range. On a clear day, one can see Nanga Parbat across the LOC. There are two ways to reach Apharwat peak, either take the second-highest cable car ride of the world or trek to the top of Apharwat. The Alpather Lake is nearby from Gondola Phase 2. It is the shortest route to reach Alpather Lake. Winter in Gulmarg brings powder snow and with that comes skiing and snowboarding. All kinds of winter and snow sports are played in Gulmarg.

Where to stay in Gulmarg

Among one of the best hill stations of India, best skiing resort in India and one of the most visited places in Kashmir Valley, accommodation in Gulmarg can be a little on the expensive side. During the tourist season, a normal hotel room would cost around 2000 rupees per night.
Tangmarg can be a good option for budget accommodation which is just 16 kilometers from Gulmarg. During the off-season, one does not need to book in advance but during the peak season, one must book their stay in advance.

What to eat in Gulmarg

Out of all, we specially loved devouring over Kanti and on one instance, our gang devoured upon the entire stock of Kanti at the local dhaaba.

We did not get a chance to explore the vegetarian recipes but here is what we could gather from the menus: Dum Aaloo, Tamatar Zaman (Paneer), Nundur Yakhin (Lotus Stem prepared in Yogurt) and Haak (Kashmiri Saag)

We hope we have tried to make it as inclusive as it could be for a Gulmarg Guide. Do let us know in the comments below if you need to know something else about a trip to Gulmarg

Further, do read our GUIDE TO SHRIKHAND MAHADEV TREK 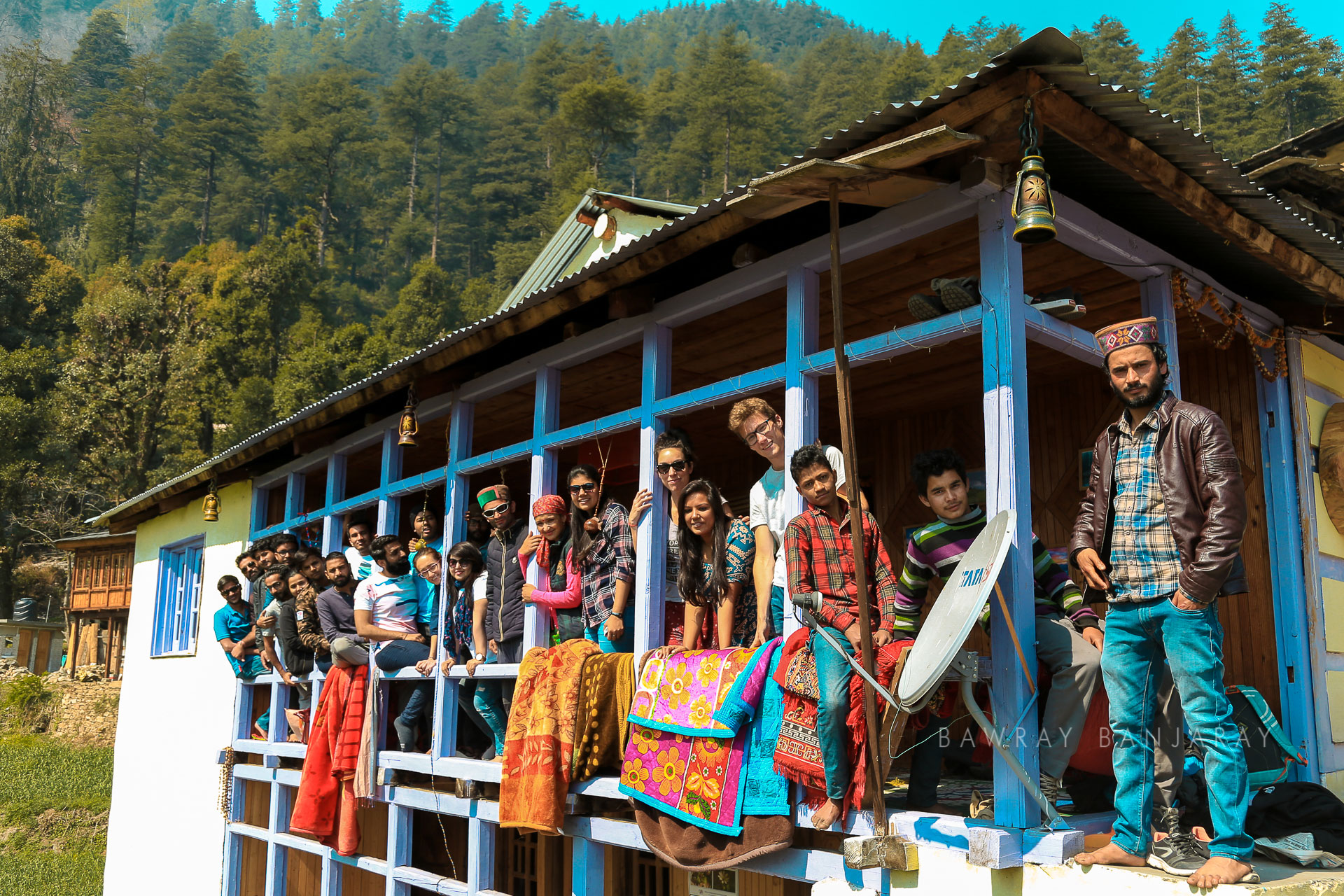 Well, what words could be used for an experience like those where strangers that met on a Facebook Group (India: Travelers and Backpackers) decide to come together for the love of travel and the perks that it has to offer? 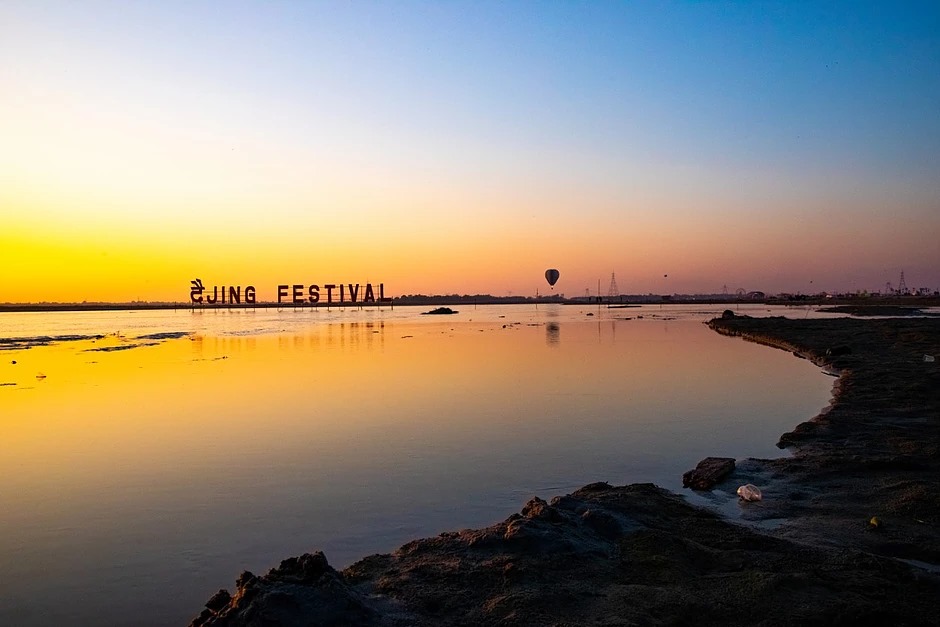 Dwijing Festival is an annual festival held during the new year’s time, from Dec 27th to Jan 7th every year. We were invited by Bodoland Tourism and Assam Tourism to attend the festival, through their program, Ambassadors of Bodoland. While the festival lasts for 12 days, we spent 3 days here, and in these three days, we were not able to see it in its entirety. We couldn’t eat all the food, could not drink all types of local wines, dance with locals was never getting enough and the art installments were so thought-provoking that you might be spending days at a time and still not be fulfilled by the meanings. 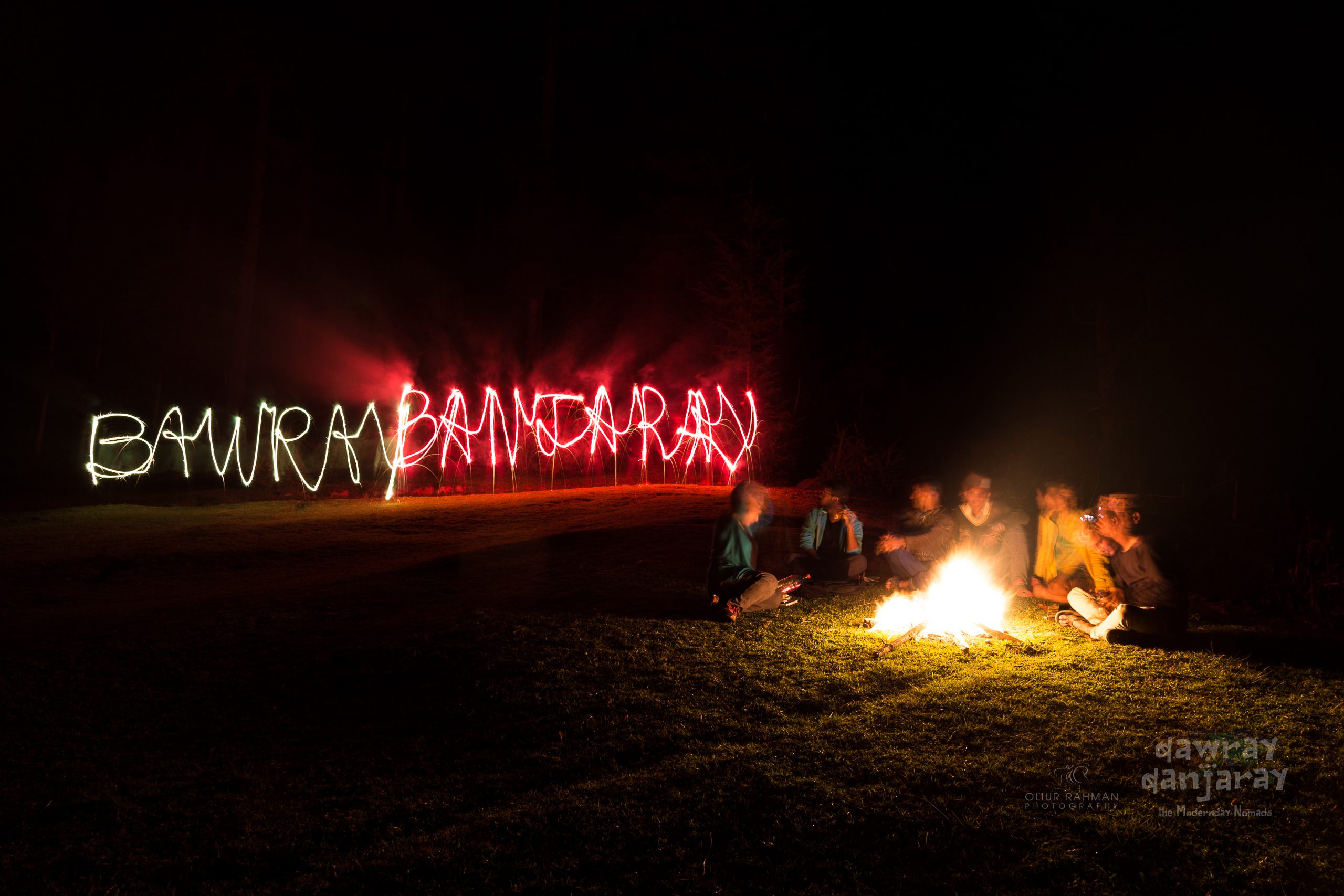 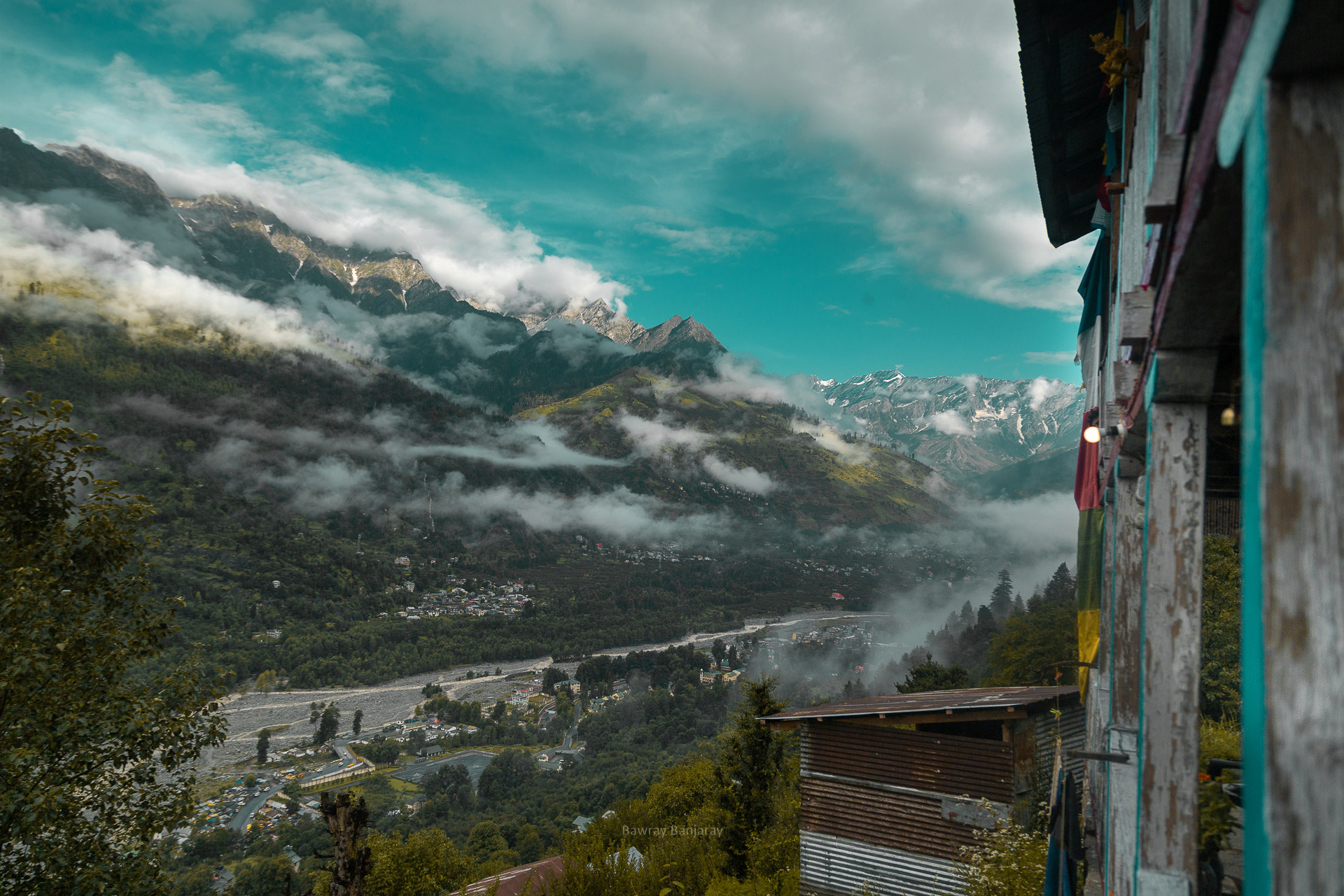